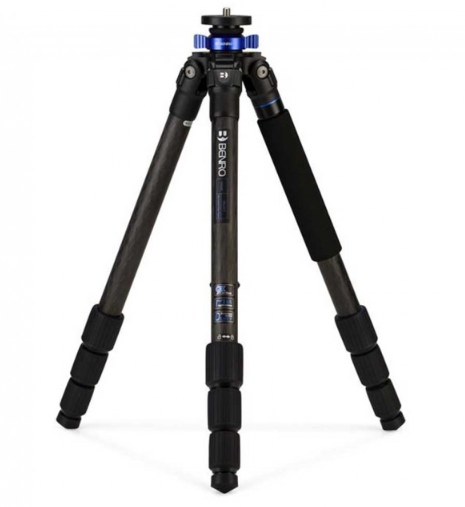 Tripods (July 2022)
I use a medium size tripod Benro that can fit into my check-in luggage. It doubles as a monopod. I simply twist off one of the legs and extend it with the center column. I always use spiked feet for maximum stability. The one thing I would not settle on is Carbon Fiber. This material is light weight, but sturdy and comfortable to touch in both hot and cold weather.

There are many manufacturers and these days there is little difference to most users between midrange to high-end. I suggest going with one of the following brands; Induro/Benro, Manfrotto or Gitzo. 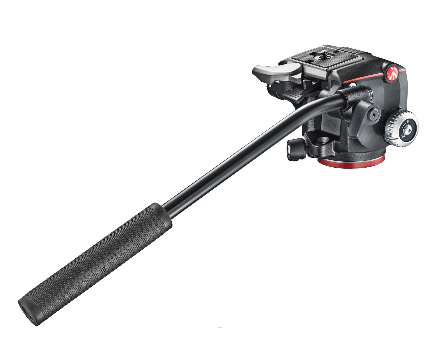 Fluid Video Heads
I would go with a 2-way Fluid Video Head. I usually prefer Benro and Manfrotto heads. They are very priceworthy, but unfortunately still not using the universal “Arca-Swiss Quick Release System”. I have put an “Arca-Swiss” quick-release clamp on all my tripod heads as I replaced the lens feet with “Arca-Swiss” plates. The smooth pan of these types of heads are perfect for spottingscope users following a bird, or videographers. 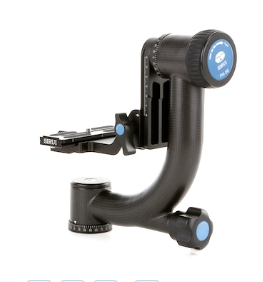 Gimbal Heads
The standard for supporting super telephoto lenses on tripods, replacing the video fluid head as they would tip over with all that weight. The most famous Gimbal Heads is the Wimberley heads. They enable amazing maneuverability for huge lenses, and have been recommended by the best. The closest competitors are Sirui Gimbal PH-20 followed by Induro GHB2. 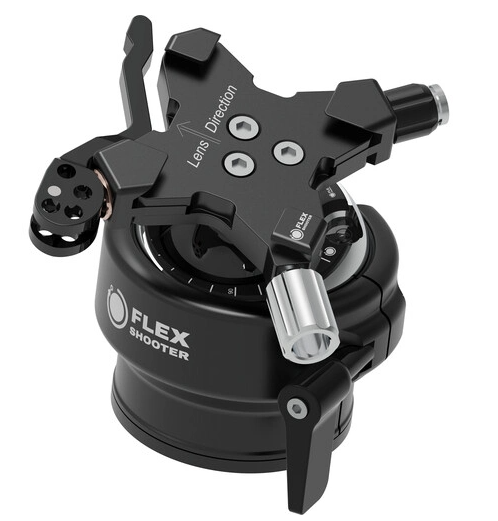 Ballheads - The FlexShooter
This tripod head is the evolution of ballheads, combining the versatility of the ballhead with the gimbal tilt. Basically it allows you to get the functionality of the large and cumbersome gimbal heads in a smaller and more versatile ballhead. It is recomended by famous bird photographers. I just wish the smallest head would include the levered quick release clamp. The quick-release lever is so important to be able to quickly attach/detach a camera from a tripod, especially for handholdable lenses such as the Sony 200-600mm or the Canon 100-500mm. 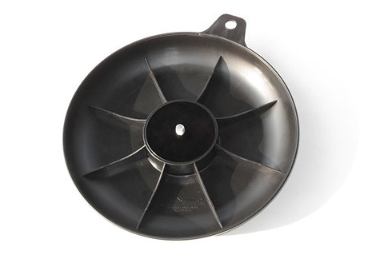 Skimmer Ground Pod
When getting low on muddy and sandy soil then a tripod can be awkward to move about. Naturescapes Skimmer Ground Pod II ($100) is the best product for this type of terrain. You can also create your own with a frisbee and a beanbag. The key is to get low when photographing shorebirds especially. 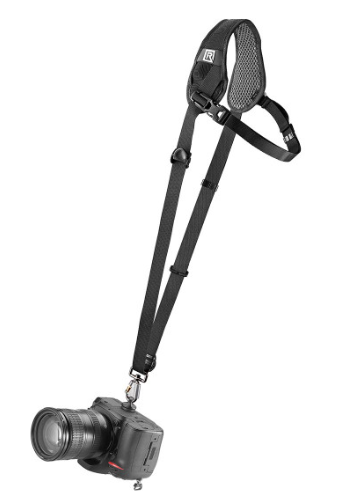 Shoulder straps
I have had a BlackRapid shoulder strap since 2011 and it has made it much easier walking around with my 100-400 lens, not worrying about it sliding off the shoulder. But as a precaution check both the camera fastener and the connector on the strap before heading out. I have seen the old connector break after extensive use, and the camera + lens crash onto the ground. The new connector with its cover seems to be a better design so do not let that discourage the use. Just replace it before the metal wears out. 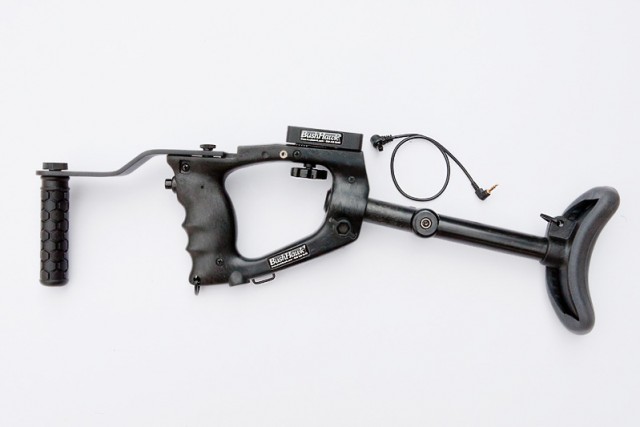 Shoulder mounts
These have long been custom made contraptions. I was lucky to buy a very good model from the former Bushhawk company. I wish it could resurrect and make adapters to my different Canon cameras. I liked it especially when photographing from a boat. 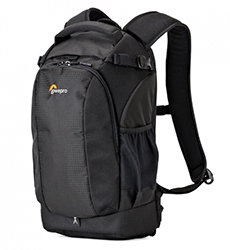 Backpacks & Belts
I have used a Lowe Photo Backpack for years. I have put it into my carry-on with wheels when travelling so that I can pull it along instead. When I arrive to where I will be staying I simply unzip it and lift out my camera backpack, ready to go.

I also have a thinkTank padded belt and a camera pouch that I can attach to it. I hope it will be better for shorter hikes, or when maneuvering in difficult terrain. Not to mention the less strain it will be on my shoulders compared to straps and backpacks.